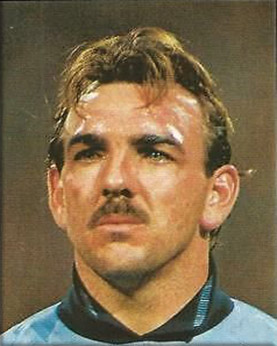 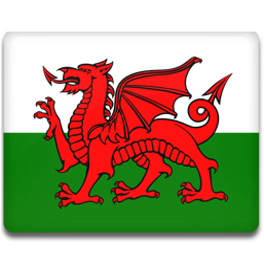 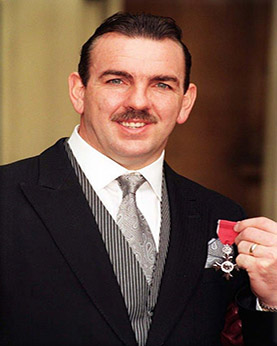 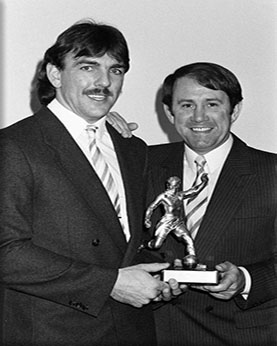 Neville Southall: My hero - My mate.

By way of introduction, my name is David Fehily and I'm a life-long Evertonian.
When Neville Southall played for Everton, throughout the whole 15 years of his tenure, my relationship with him was one of 'fan-hero'.

I was not alone in this worship, as any Toffee who witnessed his performances felt (and still feels) the same. Neville has played (and won) more games; more points; more 'everything' actually; and stands alone as the most decorated player in the history of our great club.

My point being that this was no idle idolatry, if you will:
He had grafted for, and been worthy of every ounce of adulation. He is amongst; indeed is atop, the pinnacle of the very pantheon of any, that have worn the Everton strip. He last played for Everton in 1998. He wasn't born, nor does he live on Merseyside, yet his unadulterated passion for the club, its ethos, and most fervently, its supporters, remains undimmed.

He is also fiercely, fiercely loyal; primarily to us. He is also very honest, and speaks what he feels to be true - not always to his personal betterment (particularly in relation to the club hierarchy) yet he says it anyway. He is the standard in all things St. Domingo FC.

As to Neville's Toffee career, I wrote an Everton themed book called 'The Everton Domingo Sermons' back in 2016, and remain extremely thankful that Howard Kendall (amongst others) but specifically Neville, helped with the project.

Anybody familiar with our club's fortunes throughout the 1980's will be aware that it did not begin well for Howard Kendall, the team, nor for the 'big lad'. He had to work hard and wait for an opportunity - in fairness, he had been doing precisely that his whole life. He just cracked on.

Neville began the 1982-83 campaign as Everton first-team goalkeeper. His initial experience of a Merseyside Derby came in an absolute 0-5 walloping from our neighbours, Liverpool. It was egregious; everyone was traumatised, and despite Neville conceding a fistful, he was one of our better players on the day, yet was promptly shipped off to Port Vale on loan. To an independent observer this may have appeared to be apportioning blame. Indeed Neville felt that way, as did many Evertonians. As it would transpire, Howard knew better than all of us.

Just before I conclude on his early Derbies, his next appearance (Neville's first at Anfield) ended in another 3-0 defeat. That's two Derbies played, and 8 goals conceded. As starts go, I've seen better.

His career from this point was to rise so exponentially that he becomes universally accepted as the greatest goalkeeper on planet Earth. Without doubt the ugliest (and scruffiest) of ducklings to ever walk through the door had now morphed into the most graceful and beautiful of swans. He could play, and was the fundamental building block in the greatest team in our club's history - moreover, in a side that notoriously liked to socialise (and celebrate) together, Neville was teetotal (and remains so) throughout. It never made a difference to the standing in which he was held. Without him it is very difficult to see events panning-out the same way. Neville goes on to win 2 league titles, 2 FA cups, 3 Charity Shields, and a European Cup Winners Cup - he also lost four further finals and came runners-up in Division 1.

He made a simply staggering 751 appearances for Everton Football Club in a wide variety of competitions, and despite his aforementioned start in Derby matches, he stands alongside Sandy Young as having played in the most victories at Anfield. If you were to ask me for a sentence, or a soundbite of his ability, I should first point you to the record books, then add "watch those vidoes". For somebody constantly lambasted for his weight, watch his body shape when he makes those saves. Particularly in the early years he would often be horizontal at the height of the crossbar. In my time as a match attending blue, I have witnessed two undoubted world class talents: Alan Ball and Neville Southall.

There are many common denominators between the pair, but none greater than the ethic of constant hard work, the sheer industrious force that was inherent in both, which when combined with their God-given talents served to empower greatness. It did not happen by accident.

Then I got to know him ...
Approximately eight years ago I requested an interview with Neville Southall. He was graceful enough to accept. It was at (prior to) a function and he agreed to give me an hour. The interview eventually lasted over two hours, and he delayed going on stage in order for me to finish. The next morning he rang me to ask if it was enough. Then he asked me to work with him on a charity initiative. Naturally, as would most Toffees, I accepted in a heartbeat.

Our friendship developed, and a few years later, I felt compelled to reveal to him that I had previously had issues with addiction, although I'd briefly skirted the issue. His response was “Oh that. I know about that.” ... I said ”Kid, how do you know?” ... Neville replied "When we first started working together some fella stopped me at a signing and told me.” ... Me: “What did you say?” ... Neville: “I told him that I would trust you with my life.”

Just to reiterate, he waited two years to tell me this and if I hadn't have brought it up, he may never have done so. This fella - 'my hero'. It honestly blew my mind ... It still does. We have subsequently become very close friends, to the extent that if I ever should require an advocate before a Celestial court then I should likely opt for Neville. My mother adores him - it is mutual, as do my family, my friends, the kids from the bus I travel to away games on ... in fact everybody who I have ever introduced him to. When he comes to Goodison and isn't working, he sits in the ground with us.

He can be grumpy on occasion, and is known (I assume via his mother's side) to be able to moan for England. Lastly, on the personal side, during lockdown (2020) he contacted me to request that I proof read his new mental-health focused book, Mind Games. I was taken aback but readily agreed. It is an excellent tome, as I expected. What I did not expect was that he would ask me to proof read it. It was an honour.

Both Neville and I were involved in the making of Howard's Way - a film about our club's experiences throughout the early-mid 1980's. In his introduction to the film, he states that he was driven to Liverpool (given he didn't drive at the time) and arrived in the aftermath of the Toxteth riots. As he notes, he mused to himself at the time, “It's on fire. I wonder if they do this for all their new signings?”

I include this anecdote in order to illustrate his self-deprecating side which is intrinsic to his makeup. He does not deal well with compliments, and will deflect wherever possible. Tell him that you think the Falco save is his best ever save, for example, and he will reply, “I was paid to make saves, mate. It was my job. I would have been disappointed if it had gone in.” ... Deflected. He is a team player. Part of a collective and was, 'is', really really good at it. He never wanted to be famous yet it happened anyway. Now, at a different stage in his life he has taken that, 'let's call it currency', increased it exponentially, yet invested it primarily in the causes of others.

Anybody familiar with his online persona will already be aware of this fact. His Twitter page with approximately 150,000 followers is frequented by the causes of others most days of the year. His day job is at a school for youngsters with integration issues in South Wales. Keith Mullin and I visited for a day a couple of years ago. We were there maybe an hour or more and in that time two fights broke out. Neville left the meeting broke up both fights, returned and continued the meeting.

As a player I held him in the very highest regard. As a person, and moreover as a close friend, he has long since surpassed that estimation. He is a truly exceptional human being. He feels and has always felt at home with us as a people and we are blessed to have him.

As regards legacy, particularly in light of a potential move to Bramley Moore, I doubt there is an Evertonian alive today that feels he is unworthy of a statue - to my mind that should have already happened; however I would like to make a further suggestion. It is that the proposed Mental Health facility- that will ostensibly make up part of the “Goodison Legacy” project, should be specifically named in his honour. His endeavours in this area have been relentless and overlook club rivalries.

There is no other candidate. He has once again become the standard. It is what he does ...
Neville Southall: My hero. My Mate. 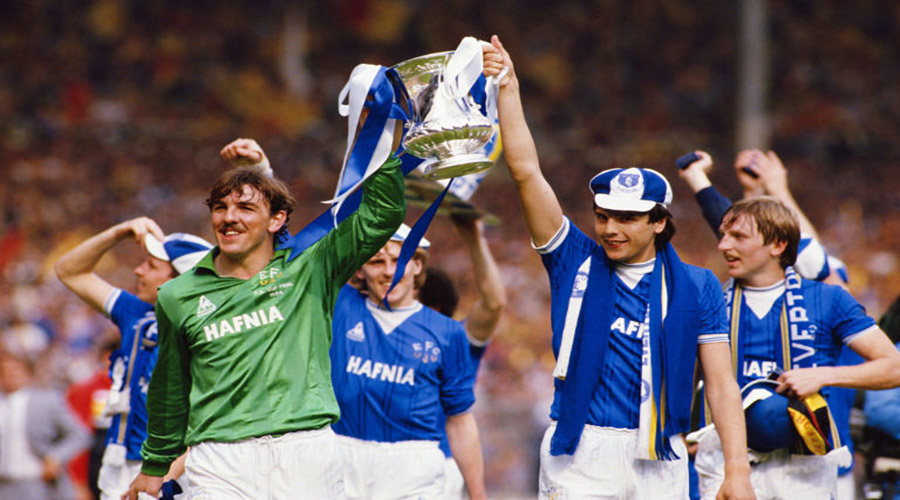 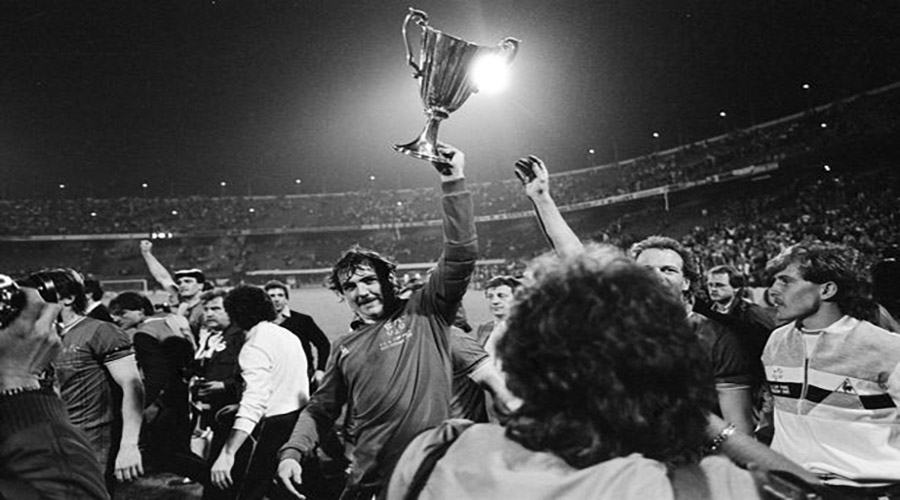