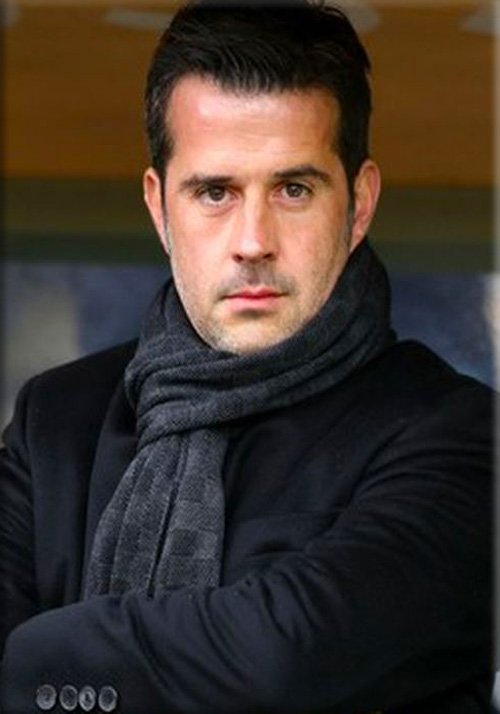 Marco Silva was appointed Everton manager in the summer of 2018, penning a three-year deal.

The Portuguese confirmed himself as one of Europe’s most talented young bosses in trophy-winning spells in charge of Sporting Lisbon and Olympiakos, after overseeing the remarkable rise of GD Estoril in his homeland.

Silva introduced an ambitious and expressive style of football at Hull City following his move to the Premier League in 2017.

And the 40-year-old oversaw a similar transformation in playing philosophy at Watford after taking over at Vicarage Road later that year.

Silva was handed the reins at Estoril shortly after his playing retirement in 2011 and promptly masterminded the team’s promotion into the Primeira Liga as second-tier champions.

Estoril then confounded all expectations by finishing fifth and qualifying for Europe for the first time in the club’s history, while remaining faithful to their progressive and fearless methods.

In Silva’s third season at the helm, Estoril secured a top-four spot, winning 15 games and losing only six in a fabulous 30-match campaign.

Silva’s reign of relentless achievement with the tiny Greater Lisbon club prompted giant neighbours Sporting Lisbon to move for the manager and charge him with securing the club’s first silverware in seven years.

The bright Lisbon-born boss achieved his target, ending Sporting’s trophy drought by winning the Portuguese Cup in a season when his progressive side won 22 and lost only two of 34 league matches, scoring 67 goals and finishing with a +38 goal difference.

Silva moved to Greece with Olympiakos in summer 2015 and swiftly instilled his attacking model to lead the Athens club to a European record 17 straight wins from the opening day of the campaign.

Operating under a huge weight of expectation, with his club having been domestic champions for the previous five seasons, Silva improved every aspect of Olympiakos’ performance. They won 28 and drew one of 30 league matches to claim the title by 30 points from fierce city rivals Panathinaikos and scored 81 goals at a rate of 2.7 per game.

The manager’s first assignment in England saw him claim 21 points from 18 matches in charge of Hull City, reversing the fortunes of a struggling team that had only 13 points from 20 games when he was appointed.

Silva had an immediate impact at Watford, his fast and attacking team winning four and drawing three of its opening eight Premier League matches – and becoming established in the top half of the table throughout his tenure.

Marco managed an 8th placed finish in season one, but on Thursday 5th December 2019, with Everton sitting in 18th place, Everton announced that Silva had left the club, with coach Duncan Ferguson to act as caretaker.

Marco Silva has described managing Everton as “a real honour” and thanked Evertonians for their “passionate” backing during his time at the Club.

The Portuguese also paid tribute to the Board including Majority Shareholder Farhad Moshiri, Chairman Bill Kenwright, CEO Denise Barrett-Baxendale and Director of Football Marcel Brands for giving him the chance to manage “this special club”.

"It has been a real honour to have managed Everton for the past 18 months and I would like to thank Farhad Moshiri, Bill Kenwright, Denise Barrett-Baxendale, Keith Harris, Marcel Brands and the entire board for giving me the opportunity to be part of this special club," Silva said.

"Thank you to all of the Evertonian fans who always live and breathe the club and show such great passion.

"A special thank you to all of the players, for their professionalism and the commitment they put into their work every day and to to the club staff who welcomed me to Finch Farm training ground and made me feel at home. All the best. COYB." 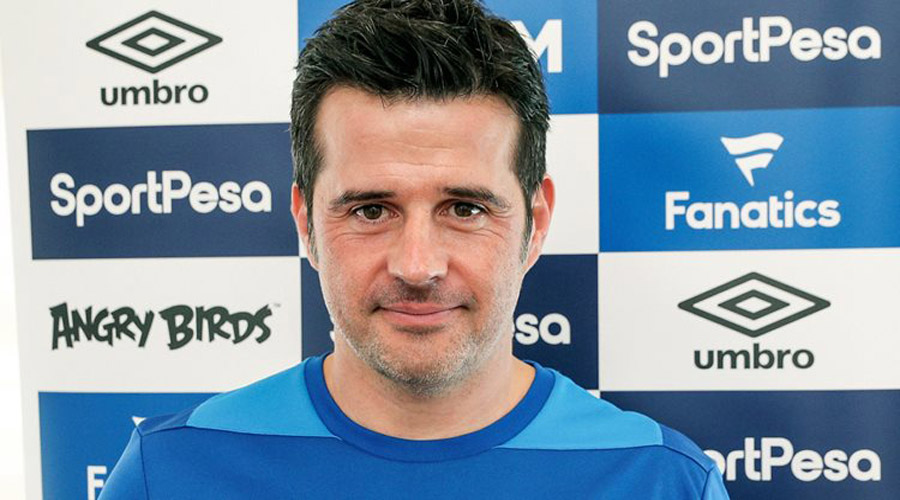