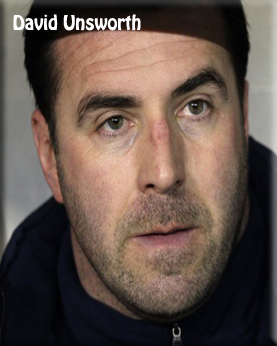 Unsworth had two spells at Goodison Park as a player before returning for a third time to become Alan Stubbs' assistant for the Under 21 side in September 2013.

Rhino, as he is affectionately known, started his career with the Blues and made his way through the youth system before making his debut away at Tottenham in April 1992.

Unsworth found first team chances hard to come by and it wasn't until Joe Royle's appointment as manager that he cemented a place in the starting XI. He was part of the 1995 FA Cup Final winning team against Manchester United but he later departed for West Ham in a swap deal for Danny Williamson at the start of the 1997/98 season.

Unsworth's time in the capital would be brief and he returned north after only one season, signing for Aston Villa for £3m. His time at Villa Park would be even shorter though, and he returned to Goodison Park without ever making an appearance for the Villains.

He remained at Goodison Park for a further six seasons playing regularly under both Walter Smith and then David Moyes. Indeed, following the appointment of Moyes as manager, the defender scored the first goal of the new era after 27 seconds against Fulham as the Blues started with a win.

At the start of the 2002 season Unsworth was granted a testimonial against Athletic Bilbao to mark his long service for the club but his time at Goodison would soon come to an end as he departed for Portsmouth in 2004.

Unsworth fell out of favour at Fratton Park and spent the remainder of the 2004/05 season on loan at Ipswich before signing a three-year deal with Sheffield United in 2005.

After helping the Blades secure promotion to the Premier League he soon left for Wigan and in a cruel twist of fate he scored the penalty that kept the Latics in the top flight - also condemning the Blades to the Championship on the final day of the season.

After spells with Burnley and Huddersfield he retired from football in 2009 but moved into coaching with Preston North End as development coach before becoming first team coach at Deepdale.

Following the appointment of Graham Westley as managed he was surplus to requirements and subsequently took up a role at former club Sheffield United.

Unsworth was named as assistant to Chris Morgan for the remainder of the 2012/13 season before departing when former teammate David Weir took charge of the Blades.

In September 2013 he returned back home to Goodison to become assistant manager for the 'then' Under-21 side, (now Under-23).

The following summer Stubbs was appointed Hibernian boss and Unsworth took up the mantle of leading the Under-21s full time.

Unsworth found success in 2016-17 when his U23 team became Premier League 2 Champions.

On 24th October 2017, after the sacking of then manager, Ronald Koeman, Unsworth took temporary charge of the Everton first team as Caretaker Manager.

On 29th November 2017, after beating West Ham 4-0, David handed over the reins to new manager Sam Allardyce, to return to the Everton Under-23 role.

On 11th September 2020, Everton announced that Unsworth would take on the position of Academy Director, whilst continuing as manager of the Club’s Under-23s.

The additional remit for Unsworth will allow him to bring all of the teams below the senior men’s squad into one management structure, providing a smoother pathway through the Academy and into the First Team. 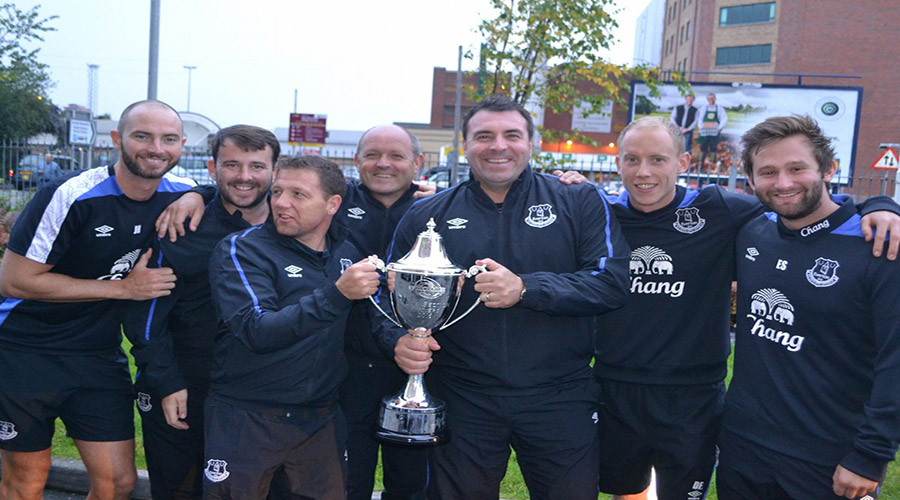 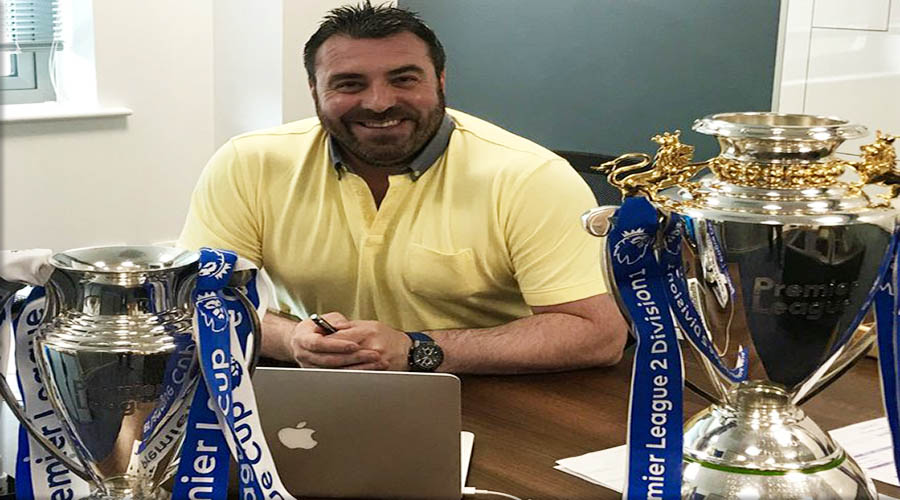